The History of Digitization

The world is in a series of revolutions backed by increased innovation and discovery in the technology world. Information can be quickly passed from one person to the other despite their geographical position on earth. Digitization has entirely changed how people work, bank, shop, and carry out business. SMEs, corporations, and government agencies have embraced technology and digitization in their activities that create efficiency and significantly reduce operational costs.

However, digitization is a continuous process because experts worldwide continue to invent digital features that continue to aid in faster, easier and efficient passage of information. Digitization has undergone several milestones, each with its equal share of lessons and achievements that have helped shape the current and future digital technology. 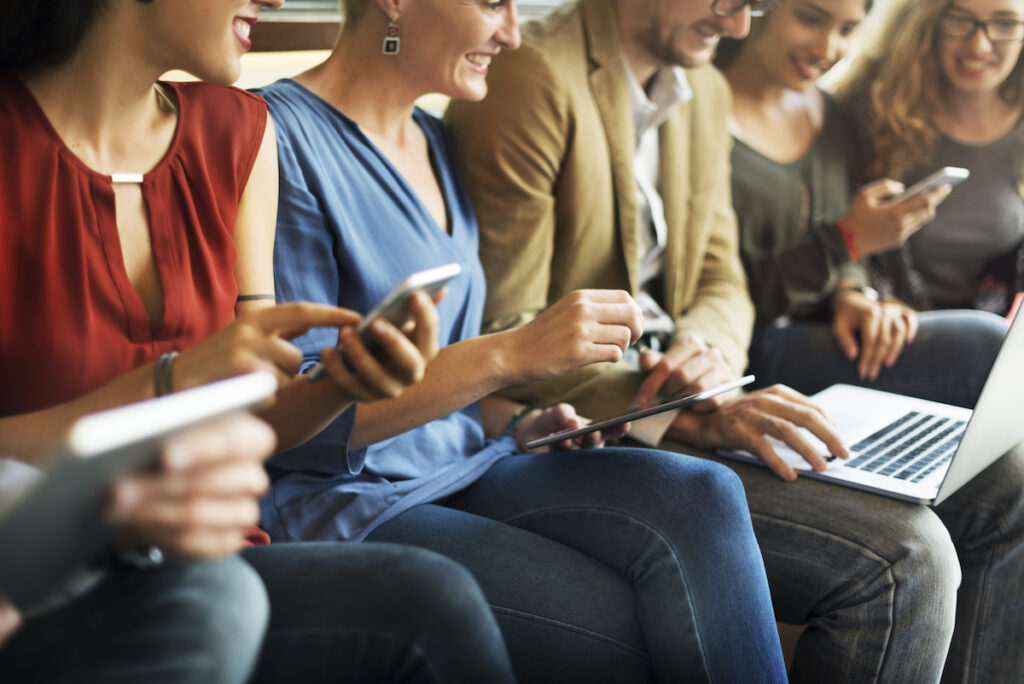 Milestones in the Digital World

Digitization got its start as far back as 1679 when Gottfried Wilhelm Leibniz developed the first-ever binary system. He then authored a remarkable and well-crafted book known as the Explanation of Binary Systems in 1703 to help other people understand the binary system. In 1755, Samuel Johnson, another pioneer of the binary system, also wrote a book to explain the binary system in a broader perspective. He described it as a unique computation method that uses simple progression similar to the one used by the Chinese thousands of years ago.

In 1847, Boolean algebra was introduced by George Boole. This unique algebra was used in the mathematical analysis of logic to realize the universal spread and adoption of computation. The Boolean algebra theory played a massive role in discovering mathematical logic used in digitization today. He explains that the human interpretation of binary numbers and 1 is far beyond understanding.

As time went by, Claude Shannon, an MIT tech student, compiled his master’s thesis that exhaustively centered on developing and using digital circuits. Shannon studied Boolean algebra law, which he incorporated to show how digital circuits can be made and used in the telecommunication industry. He is the brains behind telephone routing digital technology.

In 1938, Alec Reeves continued his research on the binary language and how to digitize it. Alec discovered the PCM (Pulse Code Modulation) technology that enables effective and successful voice calls in the telecommunication industry. He presented his samples of analog signals, but Alec’s technology was not up for commercial use until the 1950s when the transistor was discovered.

John V. Atanasoff drafted the paper ‘Computing machine for the Solution of Large Systems of Linear Algebraic Equations’ in 1940 to introduce and extensively describe the digital calculating machine. He had built this electronic digital machine with his friend, Clifford Berry, as they were learning more about modernized computation. This technology increased the capacity of data that would be stored and processed by digital devices such as computers.

In 1943, yet another milestone was achieved in the digital tech world. The first-ever digital voice transmission technology known as the SIGSALY was discovered. This technology was embraced, especially by the troops, to secretly and effectively communicate with fellow allies during World War II. 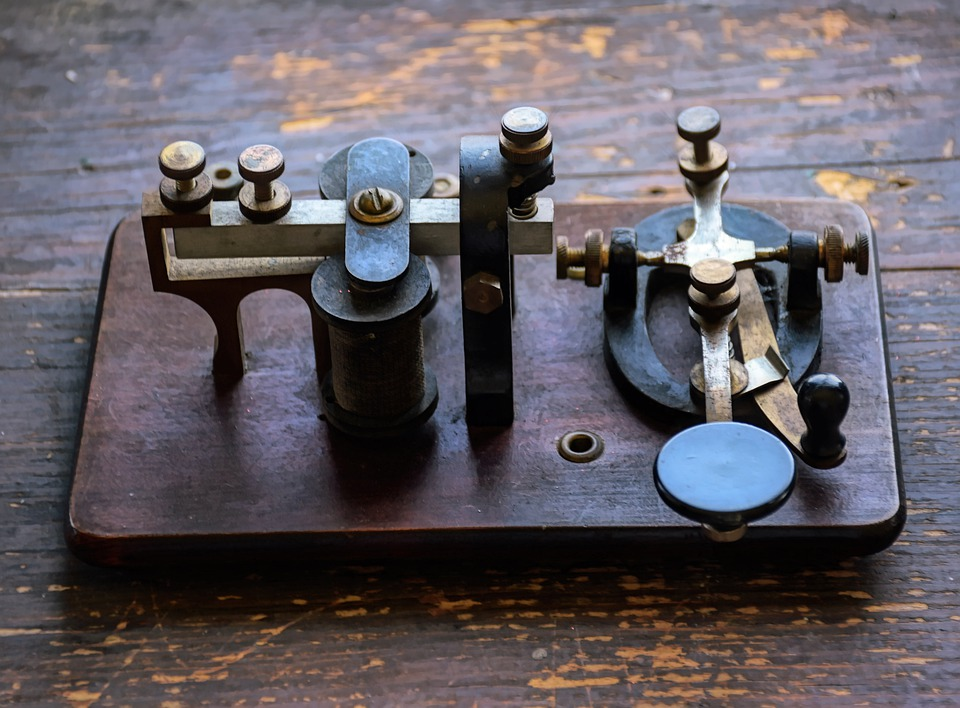 As invention and innovation hit the digital tech scene, the first report on the EDVAC was released to its developers on June 25, 1945. The EDVAC is one of the earliest digital computers that shaped the path for the invention of other digital computers. The team chose to use the binary technology that made the physical components less and more powerful.

1954 was another excellent year for the tech and digital industry as General Electric officially launched the first UNIVAC 1 computer. This was officially undertaken by the company’s major plant division in Kentucky. The UNIVAC computer was the first-ever system to have incorporated a payroll system in its operations in the United States. It significantly increased efficiency in operations and cost-effectiveness.

In 1955, John Hancock Mutual Life Insurance Company made a huge milestone of digitizing over six hundred megabytes of information from two million users who had insurance policies. This laid a firm foundation for developing mass digitized record-keeping systems.

Having invested a lot of time and resources in digitization, IBM finally announced the release of the first-ever disk storage unit in 1956. These storage units allowed users to access stored data in the disk freely. The disk had a maximum storage space of up to 5 megabytes and could be leased for about $3,200 a month. United Airlines was the first company to purchase the storage disk for its reservation system. The system would later service 84,000 phone calls and store 807 megabytes of reservation data for the airline from 1960.

Later that year, IBM also launched two sets of RAMAC (Random Access Method of Accounting and Control) widely known as the 305 and the 605. These systems had the capability of processing business and trade transactions as soon as they were complete. This system paved the way for automated and digital commerce and improved the efficiency and effectiveness of business transactions.

In 1963, Charles Bachmanand developed an integrated data store that became one of the first successfully integrated management systems in the digital world. The management system was incredibly efficient and was incorporated as a navigational database for manufacturing companies and industries.

A few years later, the US government decided to incorporate the MARC (Machine Readable Cataloging Records) in the respective libraries. This system made it easy for record-keeping, tracing, and various retrievable sources of information found in the library.

The CCD (charge coupled device) was officially launched in 1969 by Willard Boyle and George Smith. It turned light into digital information and shaped the future of the development of cameras, telescopes, and medical imaging.

The end of the 20th century became a revolutionary time for digitization. The 1970s saw the launch of the Pulsar, the first watch in the world to showcase a digital display, and the first digital camera. In 1979, the government launched the COSMOS system (Customers, Operations and Services Management Operating System) that handles people, packages, and transport services.

In 1990, General Electric launched the race to launch a digital television, while Finland launched its first 2G network in 1991. In 1994, the first online transaction was made – a pizza ordered from Pizza Hut. The first film to be produced using computer systems, Toy Story, was launched in 1995.

Digital transmission of television networks took shape in 1998 while Walmart bagged the most extensive database system that stood close to 180 terabytes in 1999. The beginning of the year 2000 marked the launch of the first digital entertainment and news service, which was done by MyAudio2Go.com. At the same time, digital electronic payments systems surpassed traditional payments for the first time.

In 2004, Google worked with multiple institutions to create a standard hub for information, which became the Google platform. By 2007, 94% of the world’s news was already in digital form and Estonia became the first country to vote digitally in a parliamentary seat election.

Bitcoin was introduced in 2008 as a digital, decentralized, and cashless currency while online advertisements surpassed newspaper advertising by a significant margin. In 2012, e-commerce hit an annual yield of $1 trillion for the first time, partly due to Amazon selling more books online than any physical stores.

2014 marked the beginning of revenues from streaming songs and movies from various sites. The number of internet users hit 3 billion in the summer of 2014. From 2015 to date, digital social platforms such as Facebook, Twitter, and Instagram have continued to change and digitize and thus making goods and services efficiently and readily available.

The Future of Digitization

The world’s future heavily depends on digitization to function swiftly and efficiently. Regardless of their size, business setups have been advised to brace for significant changes in the way they do business. If they haven’t already, companies will have to move to digital systems to cope with competition from other similar firms.

However, digitization is expected to reduce employment opportunities, especially in the auto and tech industries. This is because digitization has brought about the invention and innovation of artificial intelligence machines that can process information faster than humans. However, online and electronic industries are expected to skyrocket their employment levels as direct human labor will be needed.

E-commerce is one of the brightest projections of digitization. Due to the COVID-19 pandemic, businesses across the globe had to close to adhere to safety protocols. Companies were forced to move to online stores and advertise their goods to potential clients to make sales. Social distancing measures have prompted businesses to venture into e-commerce and logistics to connect with their clients – and it is likely we’ll continue to see more digital growth in the future.

Targeted advertising and personalization are two other aspects that will shape the future of digitization. Digital technology is all about the extraction, manipulation, and usage of data to help in reaching their clients regardless of their physical location. Targeted advertising has supported many firms in attracting many interested clients who want to buy goods and services from various online stores, while personalization has allowed more effective marketing practices.

Augmented reality (AR) is the next big thing in the digital world. AR depicts a real-life version of the world by the use of digital tools such as sound and other sensory stimuli to create a nearly exact perception of reality on a digital device. This technology is used by companies invested in mobile computing and digital advertising.

Analytics will also help to shape the future of digitization. Businesses must perform regular and constant analytical checks on their performance to ensure that everything is going as per the set objectives. However, with improved and digitized analytics, companies can incorporate computerized devices to perform thorough analytical checks for errors and irregularities in their performance margins.

The digitization world has come a long way since its inception in the 1600s, but there is still a long road of innovation ahead. Technologies such as virtual reality and artificial intelligence will continue to revolutionize the business industry, simplifying processes from data storage to marketing. While we can’t predict what the future will hold, businesses should be prepared to embrace new technology and trends.

At Base22, we are a group of passionate people that loves to create modern digital experiences. As a powerful digital advisory firm, we partner with global brands & organizations in their journey to Digital Transformation. We are experts in enterprise portals, Digital Experience Platforms, and creating integrated digital environments for large organizations. If you are interested in digitizing your business processes, your organization, and your business model, contact us. 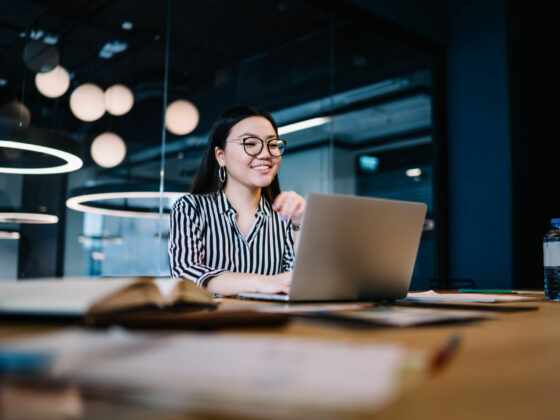 What are the differences between static websites vs. dynamic portals? In this article, we compare and contrast these approaches so you can decide which kind fits better your business outcomes. 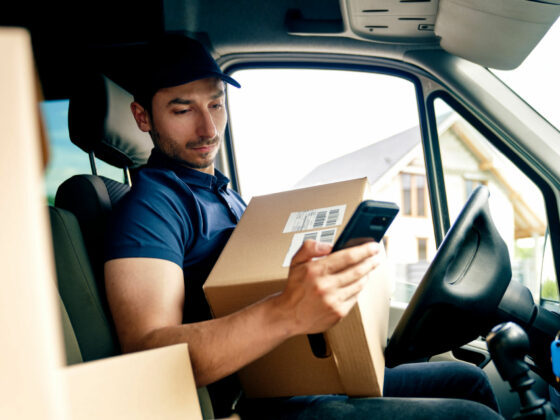 Why Not Focusing On UX Is an Obstacle for Digital Transformation

User experience is everywhere: client interfaces, back-end systems used by your staff, and B2B e-Commerce systems. So, without good UX, there’s no Digital Transformation. Here are 5 reasons why you should prioritize UX in your journey. 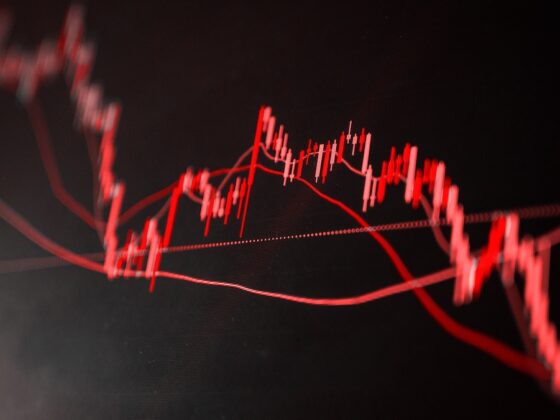 The Wrong Approach to Digital Transformation and How To Avoid It

Get in touch to schedule a call with one of our consultants.

We are a digital consulting firm that helps companies by delivering successful Digital Transformation projects with agility and a proven approach. We create modern experiences for a digital world.